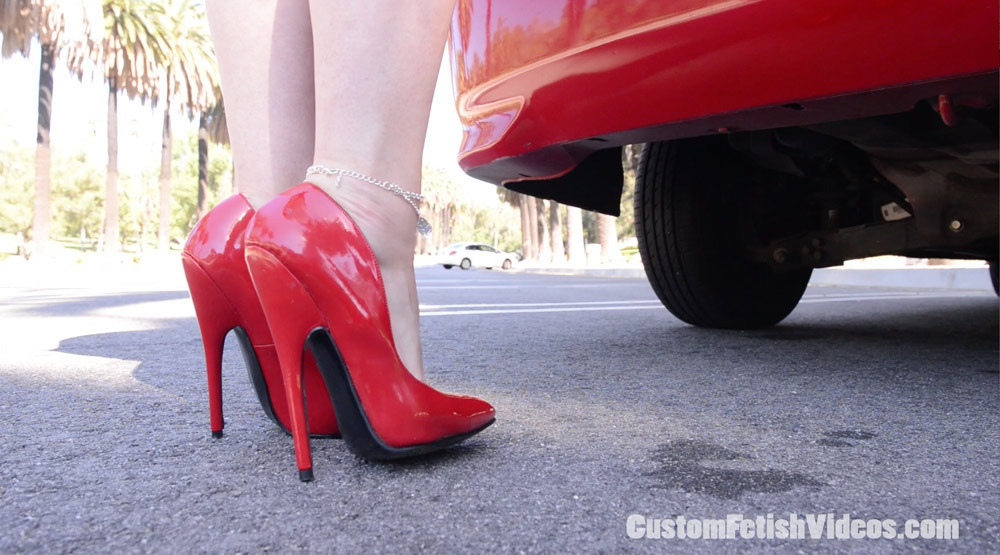 I’m interested in ordering a custom video and would like a quote on how much it might cost. I have a shoeplay fetish in high heels.. If you have not heard of this one, shoeplay is when a girl will slip her shoes on and off and just plays around with them with her feet or crosses their legs and dangles their shoe off their toes. A lot of girls do this out of habit and it comes naturally. I would like a video to be shot with a voyeuristic feel, where the girl doesn’t even notice or acknowledge the camera.

The video opens with Samantha standing next to her car, which is parked in grass. She’s on her phone with a friend, explaining that her car is stuck and since she lost her keys, she has to try and push it to get it moving. She then describes the outfit she’ll be pushing in in some detail, like she’s teasing her friend with the description. She then hangs up and walk to the back of the car.

She starts by pushing from the back for a few minutes, moaning and groaning loudly, getting into lots of really exaggerated poses that show her outfit off, though she never actually acknowledges that we are there. She is very energetic and talkative throughout as well – begging the car to move, describing what she’s doing and the outfit she’s pushing in, etc. 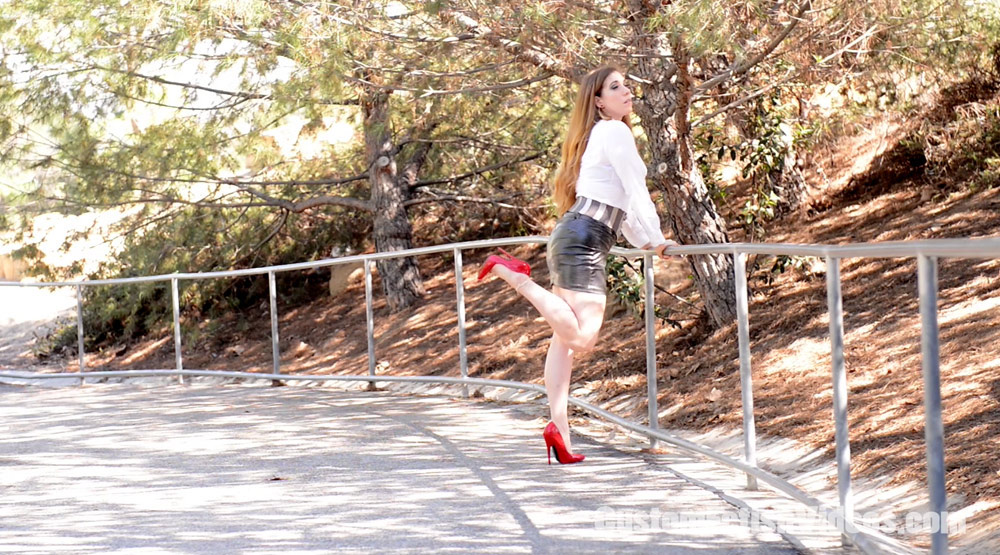 Eventually, she realizes that she just can’t move it, so she calls her friend back up, and after describing to them everything she tried, she asks them to come help.

She goes to sit on a bench or at a table, just acting natural such as looking at her phone while she is slipping her shoes on and off and playing with them. She must be wearing tights or socks, but the details can be worked out later I assume. Is it possible that this can be shot in public? I would love for the girl to be in public, like at a mall on a bench or in the foodcourt, or at a library, for example.